Last month a dream came true – I finally made it to my 6th Disneyland destination! Going to Disneyland has always been a family affair for me, since I visited all 5 with family. Early last year, I made a plan to take my mum and brother to HK Disneyland. I thought that will be my final Disneyland and I wanted to visit all before I turn 30. But then after I purchased the flight tickets for my family to Hong Kong, I read that Shanghai Disneyland was going to be opened in June! Whaaaat… I felt a bit sad because then I would not be able to visit all Disneylands before I turn 30. Nevertheless, I had a good time in Hong Kong and was able to keep my desire to go to Shanghai for awhile.

Then, earlier this year I went to a travel fair and decided to go on another solo trip – you know, before I become a mrs and all that :). There were a few options based on ticket prices but then Shanghai kept calling me. “Disneyland, Disneyland”, said a voice inside my head. So after thoughtful consideration, I decided to purchase a return ticket to Shanghai with going to Shanghai Disneyland Resort as the main purpose!

To be honest I was a bit nervous because it will be my first time going to a Disneyland park by myself, and viral news about the park clearly did not help at all. Have you seen the video and articles about how the park was dirty and all that? Yep, those ones. Not helpful at all, right?

Then came the day. I came straight from the airport as my flight arrived at 7 AM in the morning, and the park is located nearby the airport. It’s written on the website that you can take a bus from the airport to the park, but somehow I could not find the bus and there was no one that can speak English at that time. It did not help that somehow it was colder than I predicted, so rather than spending more time to figure out how to take the bus, I decided to take a taxi instead. It cost me RMB 120 (~ USD 17) after some bargaining (note: you can bargain for a lot of stuffs in Shanghai – I also bargained my commission rate when I exchanged some money at the airport).

The journey to Shanghai Disneyland did not take long, about 20 minutes or so. As soon as got out the taxi, chill breeze hit me. OMG it was cold! And there I was, dressed too lightly for a 9c weather with only a harem pants, sweater, light scarf and denim jacket. Mind you the weather forecast I read before I left Indonesia was about 15c so I thought that would suffice. Turns out I was wrong, and I did not bring any thicker clothing at that time. Well, well.

Even though I had purchased my ticket online, I had to queue a bit to get into the park. At that time I was so nervous but excited at the same time! It was a weird feeling, really.

To my surprise, the crowd was not too bad that time. There were a lot of people but not that many and it was still comfortable to walk around and the queue was not that bad (note: fastpass there was not sold separately, instead they have a special fastpass distribution line in every area. So, you can queue to get the fastpass and then you can use the fastpass for the attractions at that particular area).

I did not use the fastpass though, instead I took the advantage of going there alone and used the single riders line for the famous attractions that saved a lot of my queuing time!

The park has some distinctive features that can’t be found in other Disneyland parks. First, there’s Treasure Cove, the first pirates-themed area in all Disneylands. Inside Treasure Cove there’s a Pirates of the Caribbean ride which has graphics and visual effects that are out of this world! Second, Tron Lightcycle Power Run at Tomorrowland is a must ride when you are there. It’s basically a roller coaster – Tomorrowland style but with a much cooler features that gives you a whole different experience. For Disney princess fans, there’s a ride called Voyage to the Crystal Grotto at Fantasyland, which takes you on a boat ride and hear different stories of Disney princesses. The story was told in Chinese though, so I could not understand it but still had a good time seeing all the figurines! 😀 Last but not least, the park is huge! It’s definitely much bigger than its neighbor in Hong Kong.

So I guess at this point I hope have answered some of your curiosity about the park. There’s one thing that I am yet to answer though and this is definitely the most commonly asked question! “Is the park clean?”

The answer would definitely be yes! I spent a good day there and managed to made two rounds of the park and trust me I did not see trash on the streets, nor I saw people throwing trash in inappropriate places. There were a good amount of cleaners in the park and they seemed very dutiful in doing their job – always ready to sweep the streets. I went to the toilet several times too and it was also clean and comfortable, again with lady cleaners on stand by 🙂

Unfortunately I did not managed to take pictures of my whole experience because I was too excited hehe, but here are some pictures from the park taken with my phone’s camera. 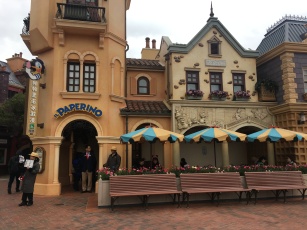 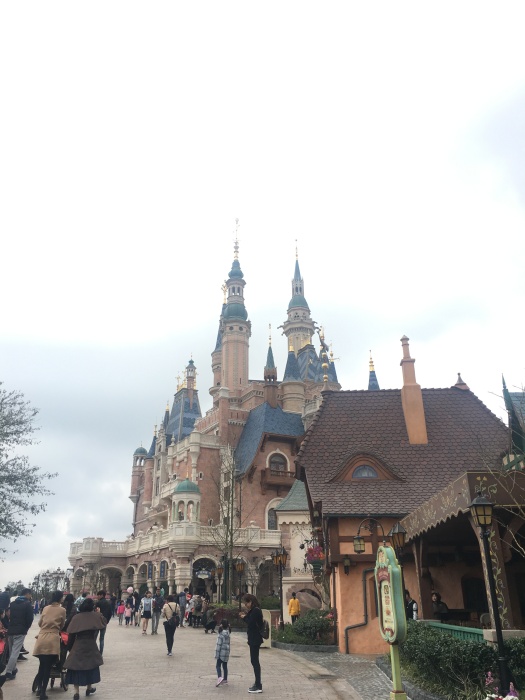 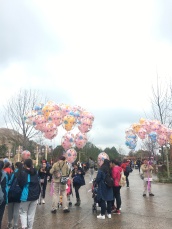 Going to Shanghai Disneyland was definitely one of the most unique Disney experience, my personal experience was not the best because it was too cold and I had to skip some rides because of the weather – but this definitely made me want to come back again, next time with my family of course 🙂