My love for the beach started when I lived in Bournemouth. It was a small beach town and although I didn’t live by the beach, the beach is only a mere 15 minutes away from where I lived. Although it was cold at most times, I used to go to the beach after class or after I got off from work, just to enjoy the atmosphere while waiting for sunset.

In that case, I like to think that I’m super lucky to once again have the chance to live near the beach. Yes, our current home in Southern California is also near the beach! Yay! Although since I arrived here in winter, I haven’t gone to the beach as often because, well, it’s cold… 😛

But since spring is now here and although it has been raining and gloomy lately, today was an exception! The sun decided to shine around the afternoon so I had an impromptu idea to go to the beach after our early dinner. There’s actually a closer beach from our house but today we decided to go to Newport Beach and explore the area.

If you are familiar with the series “The O.C‘, you might have heard of Newport Beach before. To be honest, the actual Newport Beach (at least the area that I’ve been to), is not as fancy as the one that they portrayed in the series! :))) but still, Newport Beach is a nice area and I can see that it will be super packed when the days get warmer.

We first parked our car near Newport Beach Pier, went for a walk along the pier and just enjoyed the atmosphere. The pier is not that big and there were not many things to do there, but we saw a lot of people were fishing. I guess it’s a popular thing to do there. Unfortunately, since it was an impromptu decision, we were not properly dressed for the wind and felt that it was too cold, so we didn’t stay that long. 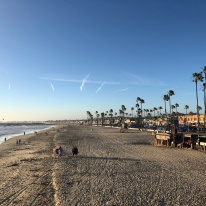 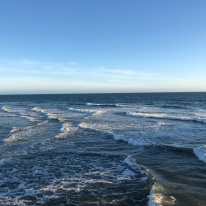 Then we went to another pier, still in Newport Beach area, called Balboa Pier. This pier is a bit more lively as there’s a diner at the end of the pier. Too bad we just had dinner so we didn’t try it this time. But we got there just in time for the sunset! It was beautiful 🙂

After the sunset, we went for a walk around Balboa Village near the pier. It’s a small beachside town where there’s a lot of small shops, restaurants and bars. I bought churros along the way and we just walked around, enjoying each other’s company. 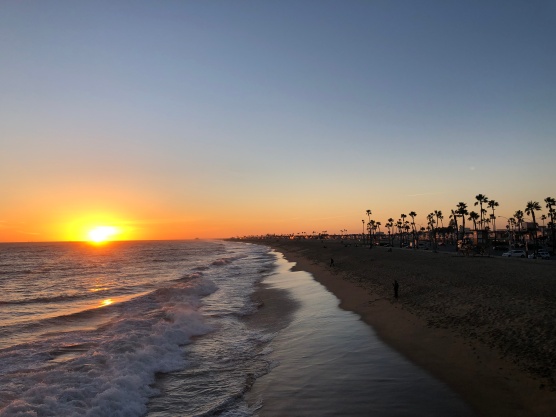 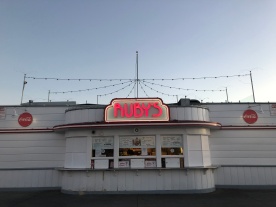 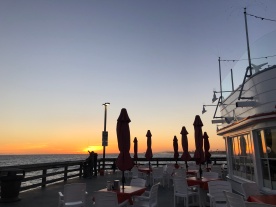 Finally we left after spending around one hour in the area and it was getting colder. One thing for sure is that we’ll be back because we want to try taking the ferry to Balboa Island just for the experience!

Well today was really a good day, and I hope yours was as good too 🙂

3 states in one day: CO - WY - NE - CO! Some might say we’re crazy, but YOLO, right? 😆 anyway holiday’s over, time to go back to work and save up for our next one! 🥳
I thought it will be nice and sunny.. 😅 #rockymountainsnationalpark
Happy Memorial Day weekend! Have fun and stay safe friends! 🥳
Hello! ✨